No more Wayward Pines after the first Season 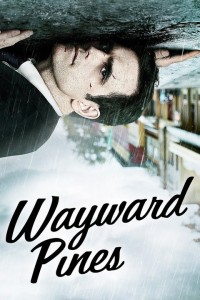 After failing miserably at directing films, it was no surprise to see M. Night Shyamalan move to television. Wayward Pine’s is the film-maker’s latest attempt to prove to us that he is still capable of creating entertaining and original horror, despite his most recent abomination The Happening. He then dipped his toes in science-fiction and failed at that, too. Oh Shyamalan, what happened to the man who created the modern classic The Sixth Sense?

Apparently, Wayward Pines was always planned as a 10-episode event so the news that it will be concluding after the first season should be of no surprise. Nonetheless, I would have been quite happy to see the show continue further, as it has been an interesting and fun little ride. It’s a bit of a frustrating show, however, and I guess getting a snappy climax and unveiling of the truth is a good thing. I don’t think I could wait a year or 2 to discover the truth about the crazy Wayward Pines and it’s equally crazy inhabitants.

The finale episode of Wayward Pines will air on FOX next Thursday, July 23rd, so fasten those seatbelts.