The Night Watchmen Accepted by Cinequest 2017 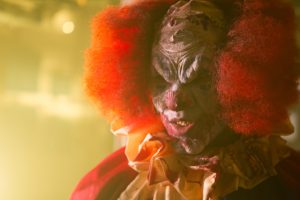 Cinequest is a Film and VR Festival taking place between 28th February-12th March 2017 in San Jose. The festival prides itself on its warm reception, despite over 10,000 people attending the festival, and its celebration of creativity and innovation in the industry. The Night Watchmen is set to be unleashed at the festival and it’s sure to have a happy home with the other films set to screen, because they include, Pyromaniac – which will be as fiery as it sounds – the nightmare-inducing Cadence and the psychological thriller Monochrome.

The Night Watchmen is a horror-comedy hailing from the US which follows an unlikely band of heroes fighting against a horde of vampires that have been unleashed after a clown returns from the dead. It’s an ode to ’80s campy horror and it’s a great amount of fun. With a set of strong actors and frequent hilarious moments coupled with generous helping of gore, it’s a horror film to keep an eye out for. You can check out a bunch of images below, which will give you a tease of the bloody clown action. 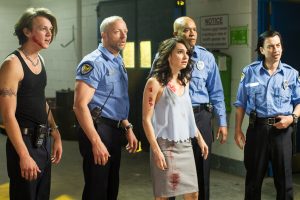 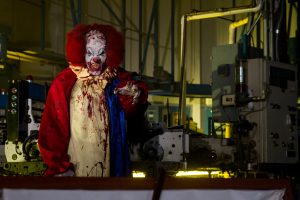