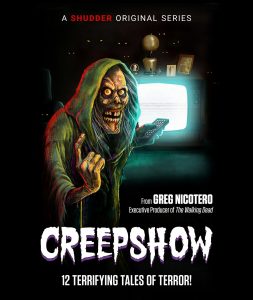 Shudder’s new Creepshow series has just begun streaming, but in a Reddit AMA this week, showrunner Greg Nicotero revealed one tale you sadly won’t be seeing.

“At one point, I was hoping to do a prequel to the Crate, where you see them on the Arctic expedition capturing Fluffy,” Nicotero wrote, in response to a fan’s question about remaking or updating segments from the original films, “but it’s a little more complicated than that regarding the rights to the stories.”

“The Crate” was based on a short story by Stephen King, first published in 1979. And while you won’t be seeing sequels or prequels to any segments from the Creepshow movies in the series (at least, not this season), the premiere does include an adaptation of another King tale, Gray Matter.