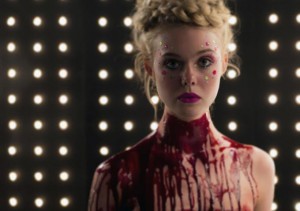 Nicolas Winding Refn’s The Neon Demon is one of 2016’s hottest horror tickets, and can’t arrive soon enough. After being picked up by Amazon Studios last year for distribution, the film seemed a little up in the air with regards to a release strategy, but the Drive/Only God Forgives director has now revealed all.

Talking to Deadline, Refn said that “Amazon came with the best proposal that I’ve ever gotten. They gave me a three-month theatrical window which is as long as you can possibly get because the reality is that most films have a weekend to a week. They’ll stream the movie from the end of the three months.”

“That to me was the best of both worlds,” he goes on; “It’s the future because cinema is one canvas and the iPhone is another canvas, but they’re all linked to the same beam that projects it. It’s just the definition of how you want to experience something. Seeing something with a headset, you can walk, you can sit, you can adjust, you can pause it, not pause it, whatever you want. You can bring it with you or you can see it in a controlled environment where you’re more a spectator.”

Refn also talked about his incredible, female-led cast:
“What I was interested in, having [previously] worked with three men, was that I would like to work with an all-female cast,” he noted. “Not all-female, but I wanted to work with a young woman. Elle Fanning is like unearthly, she’s just extraordinary.”

The Neon Demon’s synopsis reads:
When aspiring model Jesse moves to Los Angeles, her youth and vitality are devoured by a group of beauty-obsessed women who will take any means necessary to get what she has.