Next Friday the 13th is most Definitely NOT an Origin Story

Brad Fuller has spoken out about Platinum Dunes’ forthcoming Friday the 13th film, dispelling the numerous reports describing it as a Jason origin story. 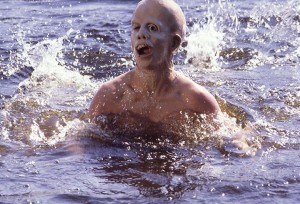 “The word Origin got out and everyone’s calling it an origin film now, but that isn’t exactly the direction we’re taking,” the producer told iHorror. “It’s more of an alternate world that we’re creating for Jason – an alternate space, alternate reality – in this film. Yes, Pamela and Jason are together in this film, but this is the same Jason we all know and love. He’s Jason; he kills – he kills teenagers. We went down the origin route with the second Texas Chainsaw Massacre film, and I think when you go too deep into a character’s origin, the character stops being scary at some point.”

With Aaron Guzikowski’s script complete, Fuller can confirm that “the story takes place between the late 1970s and the early 1980s. There is a summer camp, and there are camp counselors.”

Another commonly reported tid-bit about the new film is that Jason’s father Elias, will feature in the story. It’s another point that Fuller is quick to dismiss, however. “We haven’t decided whether or not Elias will appear in the film,” he says. “Again, that was a comment I made…I said that including Jason’s father was an idea, a possibility, but it’s not at all a certainty that he’ll appear in the film. The main relationship is between Pamela and Jason.”

Once the project had gotten moving, a release date of Friday 13th January 2017 was quickly slated, and Fuller does say that they are “moving fast” with the film. When asked if that date will be met however, he gives a resounding “no,” but goes on to say that “that decision will be made by Paramount Pictures, and I’m sure they will announce a release date soon – whether it’s the next Friday the thirteenth date in October 2017, or another date altogether. Things are moving very fast, and we all know that these films can be filmed and then released very quickly. We’re now looking for a director and hope to start filming soon.”

So there you have it. The new Friday takes place around the time the original film was released, it may not feature Jason’s father but it will feature a Jason we are all familiar with. Oh, and it is absolutely, resolutely, definitely not an origin story.