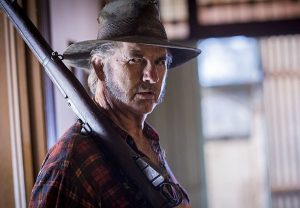 A new trailer has been unveiled for Wolf Creek’s upcoming second season and it introduces us to Mick’s (John Jarratt) new victims and the reason for why he decides to kill them. Other than because he damn well wants to, that is.

It certainly looks like a different beast to the first season and that’s refreshing to see. The first one was an effective and impressive revenge series, but we’re glad to see that Season 2 is going for something that looks to be bigger and even bolder.

Check out the teaser trailer below and be sure to catch Wolf Creek season 2 from 15th December on Stan. It will surely make for quite the viewing this Christmas! If you haven’t seen the first season, then you best get your mitts on a copy before season 2 begins.