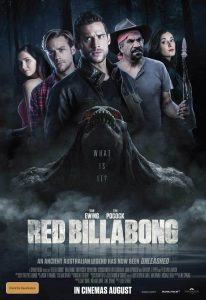 The last we heard about Australian monster movie Red Billabong was back in April when we got our first glimpse at the film’s creature in a short trailer, and things have been a little quiet since then. With an Australian release recently set for August however, we can now bring you this theatrical trailer.

Following hold-ups in post-production, Red Billabong was originally slated for a July release in its homeland, but is now looking at an Australian big screen release of August 25th. This poster has also arrived for the film; the feature debut of director Luke Sparke, released through his own Sparke Films imprint.

Nick Marshal and his estranged brother Tristan are drawn into a world of secrets and lies when their grandfather’s enormous outback property passes into their hands.  Old wounds are reopened as friends arrive to visit and strange things begin to occur around the river’s billabong water hole. 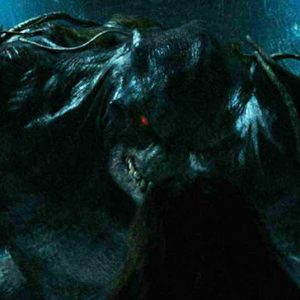 Night falls, tensions rise, friends go missing, and past misgivings come to a head. Tristan finds himself not believing his brother who is convinced something dark is at work on the grounds. As they part ways to look for their friends and answers, revelations are unearthed that will change the course of their lives forever. Every Australian may have heard a story of a terrifying outback monster – the Bunyip – but is it just a story? Could it be real?

No word as yet on an international release.