An intense new trailer has been released for Damien Mace and Alexis Wajsbrot’s Don’t Hang Up. From a script written by Joe Johnson, the film follows a couple of teenagers who get their kicks out of prank-calling strangers. However, the tables take a sinister turn when they are pranked themselves and forced to succumb to a mysterious caller’s deadly demands. 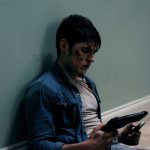 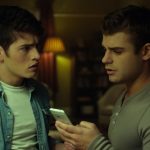 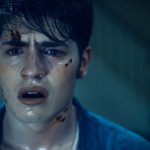 We caught Don’t Hang Up a few months ago and thought it was a surprisingly slick and dramatic thrill-ride. It’s certainly not a game-changer, but thanks to the strong performances from its cast and the confident direction of those behind the camera, Don’t Hang Up is perfectly watchable and fairly unpredictable. You can check out our full review of the film right here.

Don’t Hang Up stars Gregg Sulkin, Garrett Clayton, Bella Dayne and Sienna Guillory. The film will be released on DVD in the UK on 12th June and Digital HD on 26th June. Check out the trailer below to see the film’s suspense-filled drama and overwhelming intensity.