New Trailer and Stills for Damien 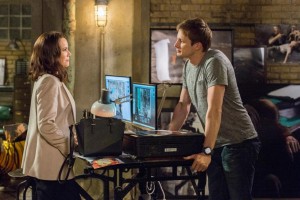 A brief new trailer has arrived for A&E’s Damien, their upcoming series based on the unholy bastard kid from 1976 horror classic The Omen. We’ve also got a nice few stills from the show, which follows Damien as an adult who appears to have forgotten all about his Antichrist leanings. The series begins in the US on March 7th, directly following the season 4 premiere of Bates Motel.

Here’s the setup: Damien follows the adult life of Damien Thorn, the mysterious child from the 1976 horror film The Omen, who has 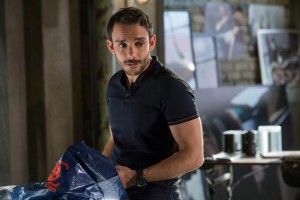 grown up seemingly unaware of the satanic forces around him. Haunted by his past, Damien must now come to terms with his true destiny — that he is the Antichrist. The saga begins when Damien, an acclaimed war photographer, returns home to New York after experiencing a traumatic event while on assignment in Syria. Strange occurrences and flashbacks plague him, and he is then forced to confront his true identity. 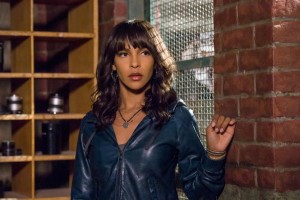 iZombie’s Bradley James stars as Damien, alongside Better Call Saul’s Omid Abtahi, Megalyn Echikunwoke (A Good Day to Die Hard) and the great Barbara Hershey (Black Swan, The Entity, Insidious). Damien was written and executive produced by Glen Mazzara, who has previously performed the same duties on The Walking Dead and The Shield. The pilot episode is directed by BAFTA nominated Shekhar Kapur (Elizabeth).