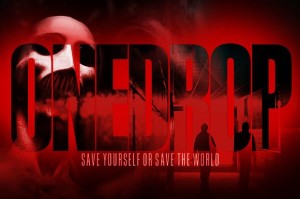 Creature features are taking the horror world by storm right now and following suit is Canadian Tricia Lee’s monstrous One Drop. It’s taken Lee around two years of development but the film is finally ready and the teaser trailer looks like it’ll be intoxicating.

Starring in One Drop is Julian Richings (Supernatural), Lara Gilchrist (Battlestar Galactia), Benjamin Arthur (Less than Kid), Torri Higginson (Stargate Atlantis) and Mark Taylor (Flashpoint). The most well known face is Peter Blankenstein who has been in all three Human Centipede films.

Synopsis:
The story follows a single mother, struggling with her drug addiction and takes a nearly fatal overdose. When she awakens, she finds herself in an unfamiliar medical facility and then she discovers that everyone in the place is dead and she’s also carrying a child and ready to drop.