New Tales From the Crypt will use Classic Comic Stories, Says Shyamalan 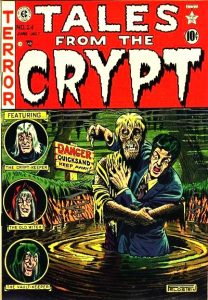 Various conflicting reports regarding the form the new series will take have cropped up throughout the year, with the original idea said to be for the series to tell one continuous story as opposed to the self-contained stories of the original series, which ran from 1989 to ’96. Shyamalan quickly switched his approach however, comparing the new format to that of Charlie Brooker’s Black Mirror, which was itself influenced by the Twilight Zone-esque format that the original Tales from the Crypt followed.

Talking to Crave Online, the divisive director confirmed that a number of the stories will come directly from the pages of the original Tales comics, as well as EC’s Vault of Horror. He also said that he has collected stories for inclusion, including the one he describes here:
“There’s a bunch. I have a folder of my favorites, like my twenty or thirty favorites. I’m trying to remember them. I mean they’re so weird. There’s one where there’s a bewitching one, where an old lady bewitches and takes the wife, and the husband has to figure it out. He keeps the old lady in the closet but that’s really his wife now. They’ve swapped, you know? And he can’t kill this woman but she’s now a beautiful woman.”

The series will mix classic tales with some new stories. With HBO still holding the rights to the character of the Crypt Keeper, there is no change to the previously reported news that the iconic character will not be featuring in the new show. Shyamalan has promised that a “new take” on the undead ghoul will take up hosting duties. 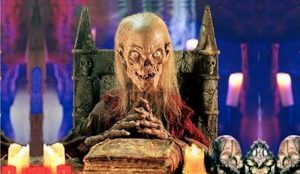 TNT will unleash the revived Tales From the Crypt as part of a large horror block that will also feature original shorts and two additional new shows, entitled Time of Death and Creatures. The event is scheduled for Autumn 2017.