Another film making its UK debut at Horror Channel Frightfest in August is Scott Poiley’s Exhume, and we’ve dug up three grim new stills from the film, which is supposedly based on true events. 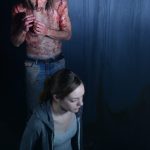 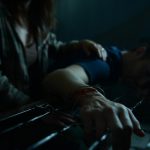 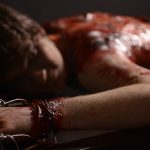 Here’s their writeup:
“Patrick and his wife Karen Connor are hired by the state of Florida to exhume bodies resting under a closed down reform school. But the probationary facility had an infamous past and was known for the sadistic torture and murder of young boys in the early 1900s. Some of the case histories are so horrifying they just can’t stay buried and the excavation is met with unnatural forces causing the Connor family to question their own sanity and will to live.” 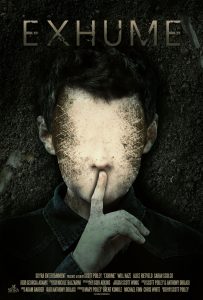 Exhume marks the first time in the director’s chair for Poiley, who is no stranger to the UK’s biggest horror fest, having written and produced 2011’s Cassadaga, 2013’s Missionary and 2014’s Last Shift, all of which were previously screened there.