With highly anticipated all-female anthology XX heading to Sundance next month, an atmospheric new image from the film has been released. 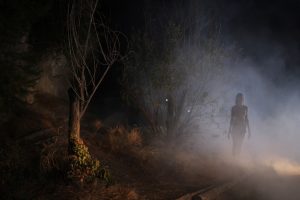 The still – showing a woman enjoying a night-time stroll in the woods – is taken from the segment entitled Don’t Fall, which comes from Roxanne Benjamin, who produced and directed a segment of Southbound and was also a producer on the V/H/S series and The Devil’s Candy. Don’t Fall stars The Final Girls’ Angela Trimbur, Breeda Wool (TV’s UnREAL), Morgan Krantz (Manson’s Lost Girls) and Casey Adams (V/H/S/2).

Don’t Fall synopsis:
A group of adventurous friends get into trouble when they venture off the beaten path and trespass on someone – or something – else’s land on a camping trip.

XX’s three other stories are directed by Karyn Kusama (Jennifer’s Body, The Invitation), acclaimed musician Annie Clark, AKA St. Vincent and hotly tipped filmmaker Jovanka Vuckovic, who directed shorts The Captured Bird and The Guest, and has been a vocal champion of the project since its inception a few years back. 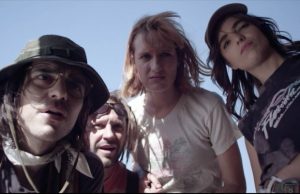 Following its Sundance premiere, XX will be released in US cinemas, On Demand, on Amazon Video and iTunes on February 17th, from Magnet Releasing.