In just a few weeks time, the Scream franchise will return to the big screen for the first time in a decade. While we wait, we’ve got some new images to keep us guessing about who the killer will be! 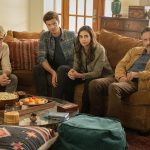 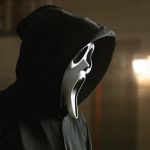 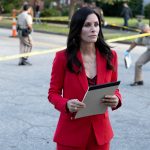 Shared as part of the movie’s “12 Screams for the Holidays” campaign on Twitter, the images feature “1 Gale in a red pant suit, 4 speculating suspects, and a Ghostface in Woodsboro.” But who’s behind the mask this time around?