The New Poster for Nereus is Lovecraftian

There’s no real way to describe the new poster for monster movie Nereus without calling it Lovecraftian. Just check out those tentacles! 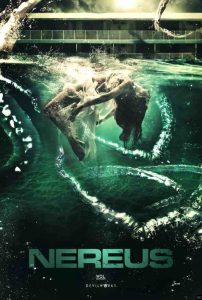 The film follows a woman who believes that something creepy is lurking in her friend’s swimming pool, but the only way she can defeat it is to confront it herself. You can watch the trailer for Nereus below, it looks very intriguing. It certainly seems to suffer from its low budget, where some of the acting is a little wooden. But, anything with a tentacle will get a watch from us!

Nereus comes from director George Padey, who directs a script written by himself and Itziar Martinex. Nereus should be released in 2018 – keep your eyes peeled!