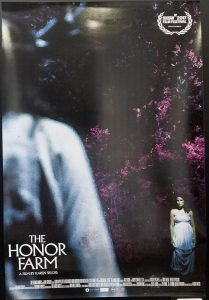 We recently shared a batch of imagery from Karen Skloss’ Honor Farm and now we have a sneaky look at the film’s SXSW festival one-sheet. The film follows a prom night party going awry when a group of teens venture into the woods looking for a thrill. As expected, things don’t go as planned and the group return from the woods changed forever.

It sounds like a film revolving around a particular moment from Donna Tartt’s The Secret History – which is DYING for a film adaptation, may I add – but, we’re expecting ghosts and ghouls and more psychedelic thrills in the Honor Farm.