New Poster for Mike Flanagan’s Before I Wake 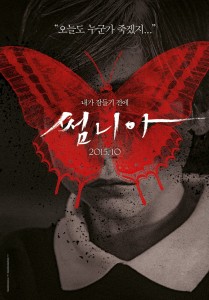 Mike Flanagan is a horror director to keep an eye on and I’m a massive fan of his recent features Absentia and Oculus; they are both effortlessly spooky in their own very different ways, but equally as fantastic. His new film Before I Wake seems to be covering themes we should be familiar with Flanagan covering – grief and the supernatural.

The poster is beautiful; centring on the image of a butterfly, something the film seems to be filled with. Butterflies and moths have such different connotations drawn from them despite being such similar creatures, just like the harsh and sometimes subtle difference between a dream and a nightmare.

You can catch the trailer below, it looks as though a lot of inspiration has been drawn from classic horror films, particularly A Nightmare on Elm Street and The Omen. Creepy children can be great characters in horror when they are done right and hopefully Before I Wake will manage to do so.

Before I Wake will be released in the USA on 25th September 2015.