NEW POSTER FOR LUZ HAS A LOT OF SOUL

Luz, Tilamn Singer’s gorgeous indie horror hit, is opening in New York and Los Angeles later this month following its world premiere at the 68th Berlin Film Festival. And if the stylish new poster is any indication, it’s coming for your soul. 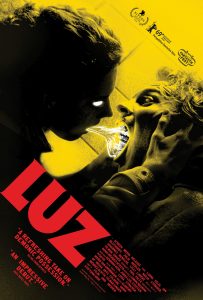 Starring Luana Velis and Julia Ridler, Luz follows a young cab driver being pursued by a woman possessed by a demonic entity. In addition to directing the flick, Singer also wrote the script and produced.

What do think of the stylish new poster? Will you be seeing the film when it gets a wider release?