We’re only a few weeks away from the long-delayed release of Morbius, and the new IMAX and 4DX posters lean into the character’s batty origin story and beastly transformation. 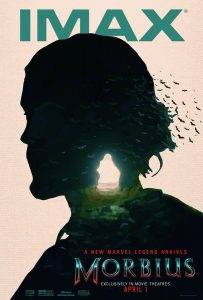 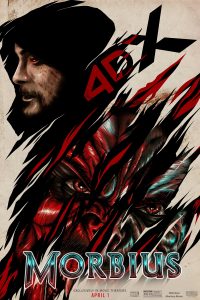 In Morbius: “Dangerously ill with a rare blood disorder and determined to save others suffering his same fate, Dr. Morbius attempts a desperate gamble. While at first it seems to be a radical success, a darkness inside him is unleashed. Will good override evil—or will Morbius succumb to his mysterious new urges?”

Jared Leto plays Morbius in the film, which was directed by Daniel Espinosa and written by Matt Sazama and Burk Sharpless. Michael Keaton, Adria Arjona, and Matt Smith also star.

Morbius bites into cinemas in the UK on March 31st before flying into US theatres on April 1.