New Line Cinema Acquires The Ice Beneath Her

New Line Cinema has acquired the rights to The Ice Beneath Her, a Swedish psychological thriller that has been compared to Gone Girl and The Girl on the Train. Keeping with the recent trend, perhaps the novel should have been called Girl on Ice? 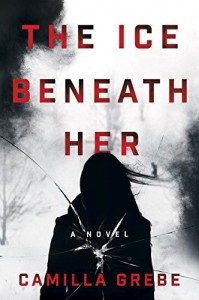 The book is set to be released in the USA in December with major launches also being planned in Europe and the UK. The novel comes from author Camilla Grebe who has worked co-written Some Kind of Peace and More Bitter Than Death with author Asa Traff. The Ice Beneath Her will be her first solo effort and considering this fast snap-up of the rights, it seems as though expectations are high.

Synopsis:
Grebe’s book revolves around an investigator and psychological profiler who work to solve the case after a young woman is found beheaded in the home of a prominent businessman. The investigation quickly evolves into a race against time.