New Leader of the Lycans is Revealed for Underworld V

Back in 2014 Len Wiseman and Mark Goffman announced their plans to expand the Underworld universe, revealing that 2 films and TV spin-off series were in the works. There has been very little information about the TV show, but we are due an Underworld V in 2016. Kate Beckinsale is reprising her role as the gun-wielding badass Selene, and now a new Lycan leader has been chosen, with Tobias Menzies playing ‘Marius’. You may know him from Outlander, Black Sea or The Honourable Woman TV series. 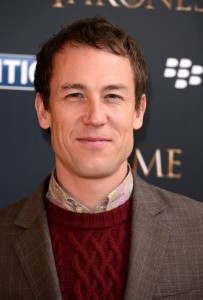 The fifth in the franchise is said to be focusing on Selene and Michael Corvin’s hybrid daughter Eve who made an appearance in Underworld: Awakening in 2012. Selene and Eve have the ability to see through each other’s eyes, so that’s pretty handy!

None of the Underworld films have been particularly well-received by critics, but there is definitely a loyal fan base who continue to see the films, making sure they do well at the box office and we get more from the horror-action series.

Underworld V: The Next Generation has a released date set for October 21st 2016.