A couple of new images have been revealed for Steven Soderbergh’s Unsane, a film which follows a woman who is involuntarily institutionalised. The film follows her descent into madness as she spends longer in the facility she believes she does not belong. When she’s faced with her greatest fear, will she finally succumb to the insanity or prove that she is definitely all there? 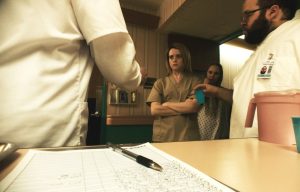 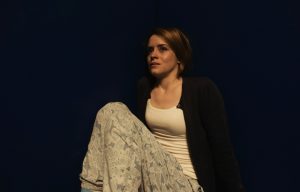 The film sounds and looks extremely intriguing as it explores one woman’s battle against an institution. The trailer has done well to tease that’s both crazy and not, so only watching the film will unveil the unsane truth.

Unsane comes from director Soderbergh and has been shot entirely on iPhone. Claire Foy – who is also set to star as Lisbeth Salander in an adaptation of The Girl in the Spider’s Web – is in the lead role and she is joined by Joshua Leonard, Jay Pharoah, Juno Temple, Amy Irving and Aimee Mullins.