New Images from Inside Take a Stab

A batch of images have been unveiled for the upcoming remake of Inside and they show the film’s leading ladies Rachel Nichols and Laura Harring, who play the pregnant victim Sara and the ominous Woman. An awful, but iconic, moment involving scissors occurred in the original film and, as the images show, the scissors will make an appearance in this one, too. 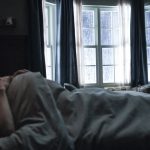 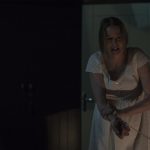 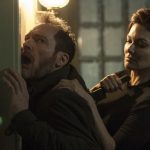 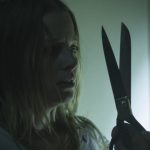 Synopsis:
Pregnant and depressed, a young widow tries to rebuild her life following the fateful car accident where she lost her husband and partially lost her hearing. Now, about to go into labour, she’s living in a remote house in the suburbs when, one Christmas night, she receives an unexpected visit from another woman with a devastating objective: to rip the child she’s carrying from inside her. But a mother’s fury when it comes to protecting her child should never be underestimated.

Miguel Angel Vivas is in the director’s chair for this one, taking the reins from Alexandre Bustillo and Julien Maury who directed the original French version in 2007. The pair turned down directing a remake of their film a few years ago to focus on creating their own original projects; Among the Living and the recent Leatherface.

Inside will be released on 12th January 2018 in the USA. Check out our review here.