New Images from the American Remake of Martyrs

When it was announced that the brutal French horror Martyrs was to be remade, fans of the genre probably totally lost it. How can they even attempt to reinvent or remake a film which is near-perfect? Who knows, but we have two new images from the film and you can take a look at them below. You can also see the 2 older images, one that teases that shocking ending. 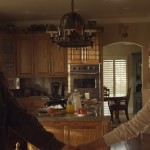 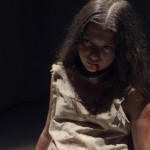 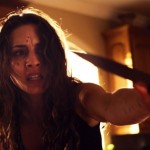 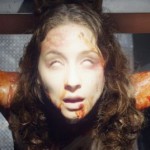 Synopsis:
10-year-old Lucie flees from the isolated warehouse where she has been held prisoner. Deeply traumatized, she is plagued by awful night terrors at the orphanage that takes her in. Her only comfort comes from Anna, a girl her own age. Nearly a decade later and still haunted by demons, Lucie finally tracks down the family that tortured her. As she and Anna move closer to the agonizing truth, they find themselves trapped in a nightmare – if they cannot escape, a martyr’s fate awaits them…”

Director Michael Stamm (The Last Exorcism) was originally helmed to direct Martyrs and he described the script as “spellbinding”. He spoke about differences between the original and the remake when he said, “We have to spice this up and make it more entertaining. The American remake keeps both girls alive, whereas the French version kills one of the girls very early. If you keep both of them alive this gives you a really great chance to have this psychological play between them and the torturers.

We would certainly not describe the French Martyrs as lacking in entertainment value. It’s a gruelling, uncomfortable watch, but it’s completely mesmerising. The idea of keeping both girls alive is a strange idea; there’s a reason why only one lives, because the film is not solely about their relationship. It all gets a little bit deeper than that, right? It will be interesting to see how faithful this version is going to be to the original, but surely it won’t be as hard-hitting, violent or affecting.

Martyrs will be screened at Screamfest this month, so look out for those early reactions. The Goetz Brothers (Scenic Route) are directing the film, with a script by Mark L. Smith (Vacancy, The Hole).