New Images from Ghostbusters Include a Look at Chris Hemsworth

A batch of new images have been released from the gender-reversing Ghostbusters reboot, including the first look at Chris Hemsworth’s character Kevin, who is the new secretary. We love the short-sleeved pink shirt Mr Hemsworth; very fancy! Additionally, there are character shots of Kate McKinnon, Kristen Wiig, Leslie Jones and Melissa McCarthy who are the new ghostbusting team.
The Boston Herald previously described the plot of the new film as follows:

Wiig and  McCarthy play a pair of unheralded authors who write a book positing that ghosts are real. Flash forward a few years and Wiig lands a prestigious teaching position at Columbia University; which is pretty sweet, until her book resurfaces and she is laughed out of academia. 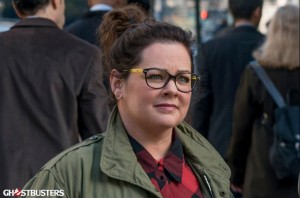 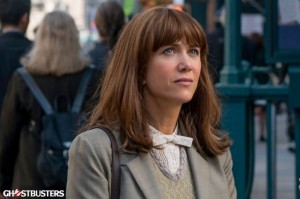 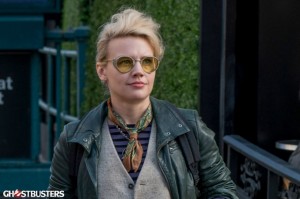 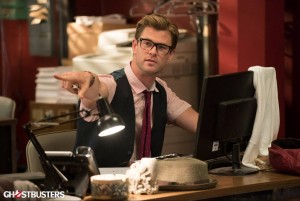 Wiig reunites with McCarthy and the other two proton pack-packing phantom wranglers, and she gets some sweet revenge when ghosts invade Manhattan and she and her team have to save the world.

It has further been described that ghosts of America’s past will be haunting Manhattan, such as dead criminals, sailors, war spirits and gangsters. With a host of cameos, including Bill Murray, Dan Aykroyd and Sigourney Weaver, this reboot is shaping up very nicely.

Make sure to catch Ghostbusters when it is unleashed on 15th July 2016.