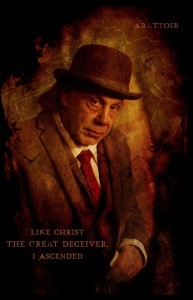 How do you build a haunted house? Darren Lynn Bousman (Saw II-IV, Mother’s Day, The Barrens) is going to take a stab at this idea in his feature Abattoir, which focuses on a house that has been built from rooms of the deceased. An investigation leads to the film’s antagonist Jebediah Crone, who believes that creating the ultimate house of horrors requires a heap of vicious tragedies.

It’s a very interesting concept that breaks down the traditional haunted house genre into bite-sized chunks before piecing it back together in a modern and unique way. We haven’t had an official trailer for the film yet, but a fantastic sales trailer was shown during a Full Sail University presentation in 2014; if you skip to the 33-minute mark in the below video you can have a look for yourself. Despite not featuring footage from the film itself, it still gives you a great idea of the tone and style that Bousman is looking to achieve with Abattoir.

You can take a look at 4 banner images (below) and a character poster (top right) for Jebediah which show some of the film’s cast that includes Jessica Lowndes, Joe Anderson, Lin Shaye, Michael Pare, Bryan Batt and Aiden Flowers. 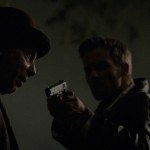 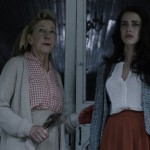 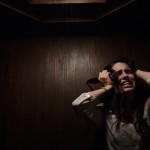 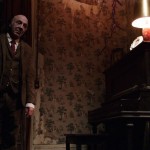 Abattoir was in pre-production back in 2013 and will, finally, be premiering at the Los Angeles Film Festival on 7th June.