New Image Proves It: The Bye Bye Man is Real 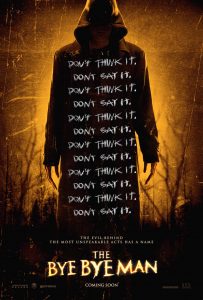 Originally slated for a release this past summer, Intrepid Pictures’ The Bye Bye Man is now set to say hello in January, released through STX, who recently put out The Gift, The Boy and Hardcore Henry.

The latest image shows the titular entity caught on tape in the woods, and reinforces the film’s idea of contemporary urban myths that has resurfaced with runaway internet characters, most notably The Slenderman.

Set in 1990s Wisconsin, when three college students move into an old house off campus, they unwittingly unleash a supernatural entity known as The Bye Bye Man, who comes to prey upon them once they discover his name. The friends must try to save each other, all the while keeping The Bye Bye Man’s existence a secret to save others from the same deadly fate. 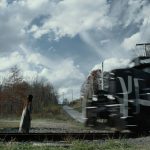 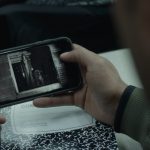 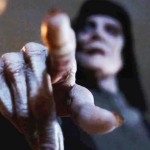 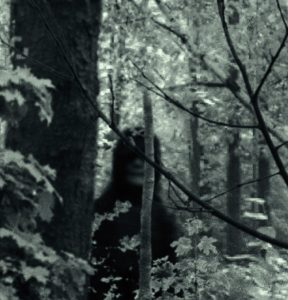 Rather confusingly, the film is said to be set in the 90s and yet (as seen in one of these stills) characters use smart phones. Perhaps there’s a dual timeline going on; we’ll have to wait and see.

Stacy Title (Let The Devil Wear Black, Hood of Horror) directed The Bye Bye Man, which is based on Robert Damon Schneck’s short story The Bridge to Body Island.

The Bye Bye Man will be awakened on both sides of the Atlantic on January 13th, 2017.