A brand new image has been released from Gareth Evans’ anticipated cult-thriller Apostle and it gives us our first look at Dan Stevens (The Guest). He plays the role of a man searching for his abducted sister. 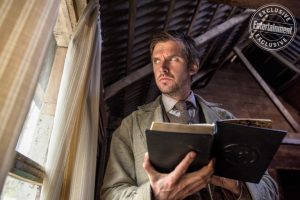 Although it’s not The Raid 3, we’re excited to see more from The Raid/Raid 2 director, who also directed the Safe Haven segment of V/H/S 2.

In addition to Stevens, Apostle will star Michael Sheen, Lucy Boynton, Bill Millner and Kristine Froseth. Look out for the cult-centred tale this October 12th on Netflix.