A new image has been unleashed from Joe Berlinger’s Ted Bundy flick Extremely Wicked, Shockingly Evil, and Vile and it shows Ted Bundy (Zac Efron) and his girlfriend Elizabeth Kloepfer (Lily Collins). The image was shared on Efron’s Instagram page so click here to check it out. 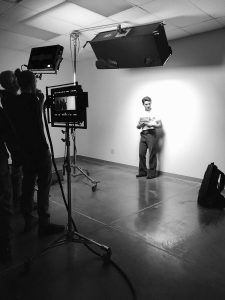 The film will document the crimes of Ted Bundy from the perspective of Liz, who initially refused to believe Bundy was guilty of the crimes he was accused of.

Extremely Wicked… additionally stars Kaya Scodelario, Haley Joel Osmont, Jeffrey Donovan, Jim Parsons and John Malkovich, so it has quite the cast attached to it. I’m sure you’re as excited as I am to see how heartthrob Efron brings this monstrous character to life.

Keep your eyes peeled for a release date for Extremely Wicked…