New The Greasy Strangler Trailer is the Grubbiest Yet

Another trailer has arrived for one of 2016’s most talked-about genre films, The Greasy Strangler and it’s…well…there really are no words. Let’s just say it is very much NSFW. Jim Hosking’s gleefully offensive and out-there slasher has been compared to the work of John Waters, and divided audiences at its Sundance premiere. 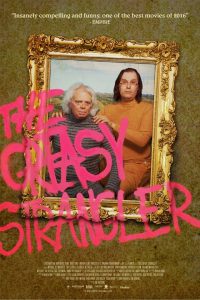 Synopsis:
This Los Angeles-set tale follows Big Ronnie, a man who runs a disco walking tour along with his browbeaten son, Brayden. When a sexy, alluring woman named Janet comes to take the tour, it begins a competition between father and son for her attentions. It also brings about the appearance of an oily, slimy, inhuman maniac who stalks the streets at night and strangles the innocent—soon dubbed The Greasy Strangler.

Slather yourself up for The Greasy Strangler when it hits selected UK and US cinemas on October 7th.