It’s a fair bet that Dylan Sprouse’s Lucas is not just talking about Othello in this new clip from dark, nightmarish thriller Dismissed, which sees a gentle-natured teacher tormented by a student willing to go to any lengths for good grades. 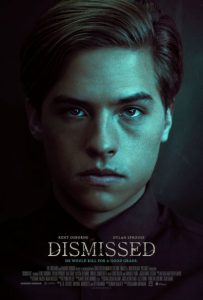 Now available to watch on VOD and digital platforms from BoulderLight Pictures, the film also stars Kent Osborne as the teacher taken down a disorientating and paranoid path by Lucas, as well as Randall Park (Bad Neighbours, Trainwreck), Chris Bauer (The Wire, True Blood) and Fear the Walking Dead’s Rae Gray.

Synopsis:
…an idealistic, straight-laced English teacher (Osborne) is drawn down a nightmarish rabbit hole by an honor roll student (Sprouse) who will stop at nothing to get an ‘A.’