It was previously revealed that the story was to be “less white” and a couple of cast members have been announced in C. J. Wallace and American rapper Tyga. As we recently noticed, the show seems to be steering away from the female-centric storyline too, with Deion being the new protagonist. Tyga will be playing the role of Deion’s loyal step-brother; a “hustler by nature”.

C.J. Wallace will play the role of Amir, a kid with strict parents that expect him to do well in school and eventually find a place in the family business. 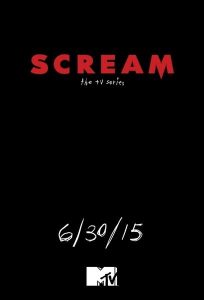 As with all good Scream stories, Deion will find his student life rudely interrupted by a killer, who makes life difficult and deadly for him and his unlikely group of friends.

Brett Matthews, who is mostly known for his work on The Vampire Diaries and Supernatural, is now the new showrunner and the show has been taken under Queen Latifah’s Flavour Unit Entertainment banner. She will also act as an executive producer.

It’s great to see MTV changing things up, because honestly, we’d seen enough from the first two seasons’ characters. They were great, but how much more killing can they survive?