Uncork’d Entertainment has announced their upcoming release of killer clowns shocker Circus Kane, which coincidentally lands on the same day as a somewhat more high-profile clown hits the screen. While most will be flocking to cinemas to see the latest incarnation of Pennywise on September 8th however, VOD viewers can catch Circus Kane, which has a new trailer and poster, together with a handful of stills.

The film is directed by Christopher Douglas-Olen Ray, who is – get this, trash fans – the son of prolific cult director Fred Olen Ray, who made such cheapo classics as The Alien Dead (1980), Scalps (1983) and 1988’s Hollywood Chainsaw Hookers. Clearly following in his father’s footsteps, Christopher has made a number of contemporary B-movies including 2-Headed Shark Attack and Mega Shark Vs. Crocosaurus. 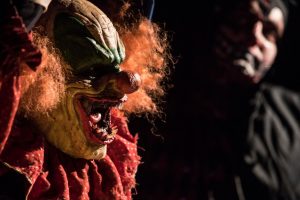 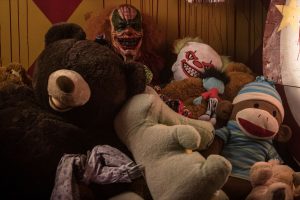 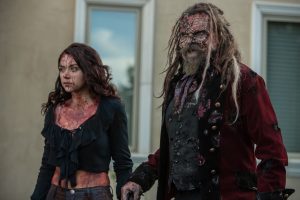 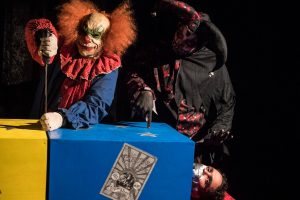 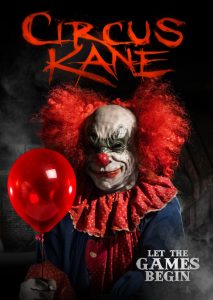 Synopsis:
The notorious and disgraced circus master, Balthazar Kane, invites an unsuspecting group of social media stars to the revival of his CIRCUS KANE by promising $250,000 to any of them who can make it through the night. Kane’s true plan quickly proves to be far more sinister as the contestants realise more than money is on the line. The group must fight for their lives to escape Kane’s demented house of horrors.