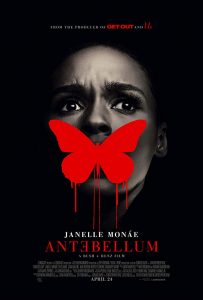 Clocking in at just 42 seconds, the brand new trailer for Antebellum gives a few more hints at the mysterious horror in store for us, while posing an intriguing question: What if fate chose you to save us from our past?

The film stars Janelle Monáe as Veronica Henley, a successful author who finds herself trapped in a horrifying reality. Veronica must uncover the mind-bending mystery… before it’s too late.

Solve the mystery when Antebellum hits theatres on April 24th. In the meantime, take a peep at the new trailer below.