A striking and twisted new trailer has been released for the upcoming open-world video game Death Stranding and it showcases actor Mads Mikklensen. Via motion capture and voice acting, Mikkelsen (Hannibal, Doctor Strange) will portray one of the game’s main characters along with The Walking Dead’s Norman Reedus. 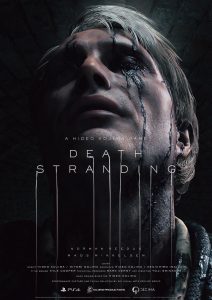 The trailer is super, super weird and additionally features Guillermo del Toro with a baby in a clear container, worm-like creatures swarming from a tank and a host of skeletal soldiers. If it all gets a little bit too dark for you, then take a look at the beautiful rainbow that eases some of those shadows.

Death Stranding will certainly not be arriving any time soon, because the game is in very early stages, but there is a lot to get excited about already. After the nightmare that was the Silent Hills cancellation, it’s great to see Del Toro and Reedus, as well as creator Hideo Kojima moving forward with something very exciting.

We look forward to seeing a gameplay trailer soon!