We like to think that in the event of a zombie apocalypse, Bruce Campbell would do just fine. And it seems Campbell agrees. The legendary Evil Dead actor is lending his voice to a new Netflix animated series, The Last Kids on Earth. 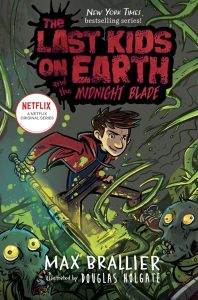 Based on the bestselling books by Max Brallier, The Last Kids on Earth follows 13-year-old Jack Sullivan and friends as they go about their typical post-apocalyptic suburban lives. You know, eating candy, playing video games, living in a tree house, and battling monsters and zombies. Just your typical kid stuff.

The Last Kids on Earth is being developed by Atomic Cartoons, with Brallier serving as executive producer. Netflix plans to launch the series later this year.