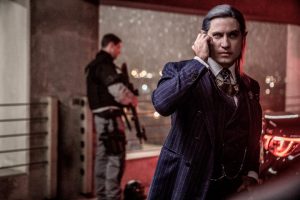 Bright hits Netflix on 22nd December and it has, so far, received lukewarm reviews. Despite this, Netflix has greenlit the sci-fi-actioner for a sequel and Will Smith has agreed to return. The film comes from director David Ayer (End of Watch, Suicide Squad) and writer Max Landis (Chronicle, Victor Frankenstein) and additionally stars Joel Edgerton, Noomi Rapace, Ike Barinholtz, Edgar Ramirez and Lucy Fry.

Synopsis:
Ward, a human, and Jakoby, an orc, embark on a routine night patrol that will alter the future of their world as they know it. Battling both their own personal differences as well as an onslaught of enemies, they must work together to protect a young female elf and a thought-to-be-forgotten relic, which in the wrong hands could destroy everything.

Even though the film’s reviews haven’t been anything to get excited about, I’m looking forward to seeing the film’s interesting concept that blends harsh reality with dark fantasy. It looks a bit like a mixture of District 9 and Constantine, and how can that not intrigue? 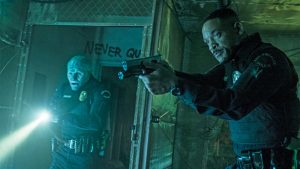 Be sure to catch Bright; Netflix’s first attempt at a big-budget blockbuster, when it hits Netflix on 22nd December and keep your eyes peeled for more about the planned sequel.