Netflix to Unleash There’s Someone Inside Your House

Another day and another announcement of something great planning to hit Netflix. Netflix has now acquired the rights to an adaptation of Stephanie Perkins’ novel about a group of friends who start to be killed. It sounds like the basis for a simple slasher, but there’s some great people involved in the project.

Firstly, horror genius James Wan is going to produce the film via his production company Atomic Monster, with Dan Cohen, Shawn Levy and Michael Clear. Henry Gaden is writing the script. So that just leaves the director’s chair open and we know who we’d love to fill that: James Wan, of course. 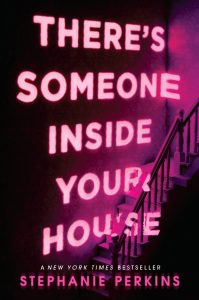 Synopsis:
More than a year after her parents sent her away from Hawaii to live with her grandmother in landlocked Nebraska, Makani Young is still adjusting to her new life. She’s made a small group of close friends and even flirted with romance, but her past in Hawaii is still hard to forget. And then … one by one the students of her new high school begin to die in a series of gruesome murders. Makani doesn’t know who’s next on the list. Between this, and a secret scorching relationship with the school weirdo, this school year may turn out to be one to die for … literally.