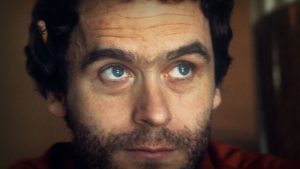 The Zac Efron-starring Extremely Wicked, Shockingly Evil and Vile (that title really does not get any easier, does it?) is not the only Ted Bundy flick to hit our screens next year. It has now just been announced that Netflix will deliver a 4-episode docuseries that will feature unheard interviews with Ted Bundy himself.

Titled Conversations with a Killer: The Ted Bundy Tapes, the series will land on quite a morbid day on 24th January, to commemorate 30 years since Bundy’s execution in America. Classed as the “Jack the Ripper of the USA”, Bundy was able to avoid capture for 30 years because his good looks and demeanour went against the idea of a “typical” serial killer.

Look out for Conversations with a Killer: The Ted Bundy Tapes in January. Extremely Wicked, Shockingly Evil and Vile will also be released in 2019.