With the Western world intent on taking itself ever closer to oblivion and genre cinema’s habit of mirroring the socio-political climate, onscreen apocalypses may begin to dominate in the years ahead. Nuclear fears and natural disasters are the order of the day in bleak South Korean thriller Pandora, which has been picked up by Netflix. 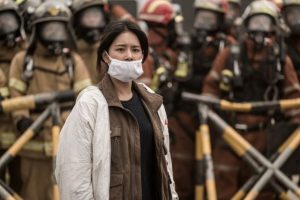 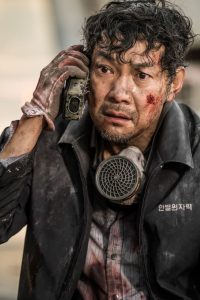 The film comes from the producers of the acclaimed Train to Busan and, following that film’s huge international success, the streaming service giants snapped up Pandora, announcing that they will be bringing the film to 190 markets.

A worker at a nuclear power plant must save the day after an earthquake damages the facility and threatens to cause a catastrophe.

Pandora is directed by award-winning screenwriter Park Jung-Woo, who is known for sci-fi horror Deranged. The Pirates star Kim Nam-gil plays a man who risks his life to save his family and country from the impending nuclear disaster. The film also stars Kim Young-ae (The Attorney), Jung Jin-young (Miracle of Cell No. 7) and Kim Dae-myeong (Misaeng).