From out of nowhere, Netflix have dropped a trailer for another original production we never knew was coming, and it looks to be a pretty nasty affair.

Coming to the streaming giant this Friday 13th, Clinical stars The Hills Have Eyes’ Vinessa Shaw as a psychiatrist who has a disturbing and violent encounter with a young patient. As terrifying visions of the experience cause her to question her own sanity, she takes on a new patient in an attempt to get her life back together, but he too has a horrifying story to tell. 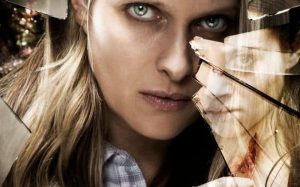 The Diabolical helmer Alistair Legrand directed the film, which also stars Die Hard’s William Atherton, Aaron Stanford (who starred alongside Shaw in 2006’s The Hills Have Eyes) and Wilmer Calderon (The Diabolical).