Netflix will be releasing the next film from the director of post-apocalyptic vampire tale Stake Land and cannibalistic remake We Are What We Are. Jim Mickle also directed the retro thriller Cold in July. 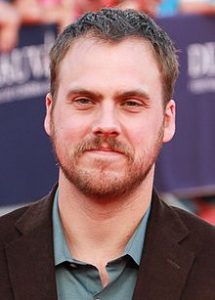 Mickle’s next genre endeavour is titled In the Shadow of the Moon and will follow a murder investigation that spans over several decades. Netflix is awash with brilliant crime drama – including Manhunt: Unabomber and Mindhunter, so In The Shadow of the Moon certainly sounds like it will fit in nicely.

When speaking about the film, Mickle said:
“Gregory and Geoff’s script is such a great mind bender and beautifully weaves together all my favourite genres. “Boyd is going to eat this role alive and show why he’s one of the best young actors working today. We’re lucky to have an incredibly talented producing team and a home like Netflix that’s excited to take chances. Any studio that makes ‘Okja’ has a permanent place in my heart.”

In the Shadow of the Moon has a script written by Gregory Weidman and Geoff Tock, who have both worked on the series adaptation of Limitless and Zoo. The film will begin shooting later this year, which suggests a release date in 2019.