With his 2013/2016 duo of Blue Ruin and Green Room, director Jeremy Saulnier announced himself as a major new star of American genre cinema, excelling in creating dramatic intensity, hard-hitting violence and colour-coded titles. His next venture looks to be again running with at least two of these elements, and sees the filmmaker working with streaming giant Netflix. 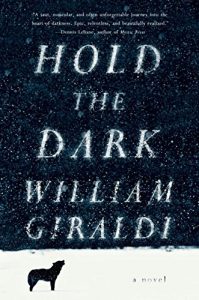 Due to begin shooting in Alberta, Canada on February 27th, Hold the Dark is an adaptation of William Giraldi’s bestselling 2014 novel of the same name. The story takes place in Alaska, where nature writer Russell Core is tasked with tracking a pack of wolves thought responsible for the deaths of three children. He is hired by the parents of a six-year-old boy believed to have been killed by the wolves, but after the boy’s mother disappears, his father returns from serving in Iraq, and seems intent on wreaking havoc.

Giraldi’s novel found itself lauded with critical praise upon its release. The New York Times called it “spectacularly violent and exquisitely written,” while The Los Angeles Review of Books branded it “a bleak, brutal tale of violence and alienation amid unforgiving wilderness.” Sounds like a perfect fit for Saulnier then.

Netflix have unveiled a number of original genre features recently, and are, with Saulnier onboard, surely onto a winner here. Hopefully we’ll get some casting news soon.