Netflix has been dabbling in content from all round the world, so we’re happy to see the streaming service stopping off in Britain to visit the BBC. Netflix will be co-producing the British supernatural series Requiem which stars Lydia Wilson. You may recognise her from Ripper Street, Black Mirror and Star Trek Beyond or the emotional drama Never Let Me Go. 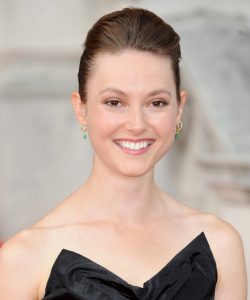 Requiem will follow a young woman, played by Wilson, who discovers that her whole life has been a lie. After her mother’s death she decides to seek out the truth, which we can imagine will lead her to some dark places.

Requiem will be 6 episodes long and will be directed by Mahalia Belo, who will be making her TV directorial debut. Belo has directed a couple of short films and the hard-hitting TV movie Ellen from 2016.