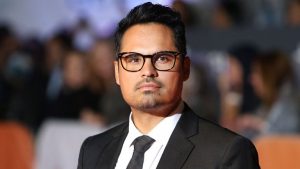 Netflix may not be being praised for its recent offering The Cloverfield Paradox, but that isn’t stopping the streaming service from splashing the cash. Netflix has now purchased Extinction from Universal; a sci-fi thriller that stars Michael Pena and Lizzy Caplan.

Extinction follows a man who dreams that he loses his family, only to discover that the planet is invaded by a brutal force. Suddenly his dreams turn into a very real nightmare, forcing him to protect those he loves from otherworldly invaders.

Netflix has purchased the film from Universal and it additionally stars Mike Colter, Lilly Aspell, Emma Booth, Israel Broussard, and Lex Shrapnel. The film will be unleashed on Netflix later this year.