INTO THE MUD: Film Review 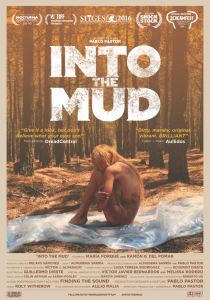 Synopsis:
In this short film, an abducted woman wakes up naked and covered in dirt with her captor only inches away. She manages to make a run for it through the forest, but will she be able to escape his clutches?

Into the Mud begins well, but there is nothing initially special about its set-up. A young woman wakes up confused and in the forest, covered in dirt and with no explanation as to how she’s got there. It appears to be your typical rape-revenge tale where this woman is certain to dish out some much-needed vengeance on her male attacker. Although many aspects of Into the Mud’s short tale are predictable, there is nothing expected or surprising about where this film ends up. For that reason, Into the Mud is a short and sweet gem that injects a spark of creativity that tends to go amiss in feature films that follow a similar route.

Pablo S. Pastor’s story has very little dialogue, but teases the film’s climactic revelation early on by playing on his audience’s preconceptions. Thanks to films like I Spit on Your Grave, audiences are familiar with extreme stories that explore a woman’s revenge and Into the Mud plays with these expectations to help craft something that is unique and unexpected. Coupled with editing that fluctuates between fast and slow, a haunting score carefully increases a tension that is effortlessly unnerving. Even if you think you know the film’s end, there is plenty to praise within this film’s technical aspects. From its stunning cinematography to its highly impressive special effects, Into the Mud is a polished and exquisitely designed playback tale. 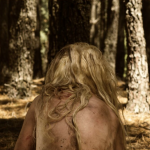 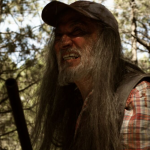 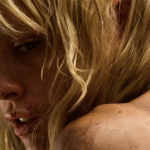 Just like the film’s gorgeous woodland setting is used as a backdrop for one man’s horrifying desires, Into the Mud uses contrasts of beauty and darkness to create an intricate story that explores the nightmarish idea that a gorgeous exterior can be exposed to reveal something sharply frightening. This concept is further used to empower a woman who is portrayed as helpless, because of her nudity, but by the film’s end you will realise that her lack of clothes is actually a symbol of her otherworldly strength. Extending even further, it would be correct to describe Into the Mud as a short and sweet story of female empowerment and feminine forte.

Into the Mud makes up for its predictability with a surprising finale that proves all is not what it seems. This is one short film that is worthy of you attention and will, surely, leave you hoping for an equally striking, shocking and scary feature-length version.