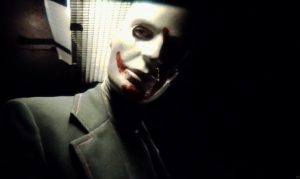 Well, it’s taken a while, but hi-tech home invasioner Keep Watching (originally titled simply, Home Invasion) will supposedly find its way to screens this year from Voltage Pictures, having been picked up by Screen Gems back in 2015. Right now though, check out this new trailer, which gives us a good idea of what to expect.

The film stars Bella Thorne (Scream: The TV Series), The Walking Dead’s Chandler Riggs (who’s done a lot of growing up since this was shot way back in 2014) and Saw’s Leigh Whannell, as well as Fantastic Four’s Ioan Gruffudd, Natalie Martinez (Death Race) and Matthew Willig (Agents of S.H.I.E.L.D.). 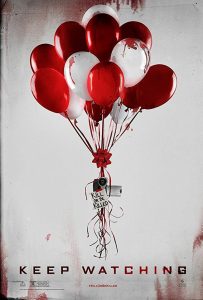 A family imprisoned by intruders is forced to play a terrifying game of ‘Kill, Or Be Killed’. As the night unfolds, the game’s mysterious rules become clear, and the family realises their nightmare is being streamed live to riveted viewers all over the world, who are compelled to Keep Watching…not knowing if what they’re seeing is real, or staged.