MTV’s Scream is Renewed for a Third Season

We have great news to announce, because MTV’s Scream series has been renewed for a third scary season! We’re huge fans of the show over at SCREAM, because it’s such a lot of fun, always unpredictable and seriously smart as a post-modern response to the slasher genre. 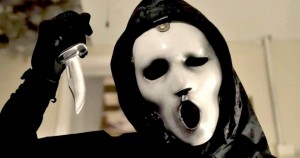 There hasn’t been a lot of information announced yet, but we do know that it’s going to consist of just 6 episodes, which is a significant decrease from Season 1’s 10 and Season 2’s 12. Season 2 is also set to feature an extra thirteenth episode on 18th October as a Halloween treat. It will take place 8 months after the arrest of Kieran and will follow Emma as she, once again, comes to terms with the horrific murders of even more of her friends. It will be a terrifying 2 hours’ worth of slasher fun, so be sure to catch that next week.

Keep your eyes peeled for more information on Scream season 3.