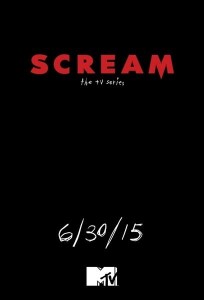 The television spin-off series based on Wes Craven’s hit slasher franchise Scream has been greenlit for a second series. Nonetheless, MTV must believe they’re doing something right, because there’s going to be more Ghostface on the way. This news may come as a surprise for some, as the show has had a modest amount of viewers, failing to top it’s 6-million viewer count during its pilot episode. However, it’s still early days and we’re only half way through, and I’d be expecting a massive, climactic finish to the series. Scream has failed to truly impress critics, but there have been some favourable reviews and no one’s called it the worst show on television – so, that’s good.  I’m always happy to see an influx of horror in any shape or form and this is undeniably good news for the genre.

I was sceptical about the series and wondered how it could keep us entertained for 10 episodes, without relying too much on nostalgia or showing us what we’ve seen before. Also, the re-designed mask was a massive blow, but with Wes Craven’s approval who are we to judge?