MPI to let Bitch off the Leash This Year

Splitting audiences at this year’s Sundance festival in January, Marianna Palka’s provocative dark comedy Bitch will be properly unleashed later this year, having been picked up by MPI Media Group. 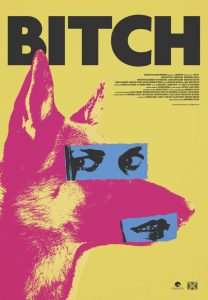 Her fourth feature as director, Palka – in front of the camera in the likes of Neds and Contracted: Phase II – also wrote Bitch, and stars as Jill, a wife and mother pushed to the edge by her four troublesome children and cheating husband (Jason Ritter of Freddy vs. Jason and HBO’s Girls). As her sanity slips, she adopts a distinctly more canine personality, forcing husband Bill to take on a more leading role in the family. Here’s the official synopsis:
Jill, a lonely, distraught housewife with four unruly children, paces on her dining room table with a belt around her neck, contemplating a desperate end to her wretchedness. Her husband, Bill, focused on his identity as breadwinner and an affair with a lusty co-worker, is as oblivious to Jill’s growing terror that she will do something destructive as he is to the panic at his unravelling company. Meanwhile, dogs bark and howl through the night, as one persistent mutt continually stalks the family’s yard. When Jill’s psyche finally breaks, she takes on a vicious new canine persona. 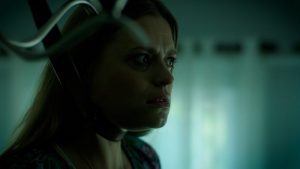